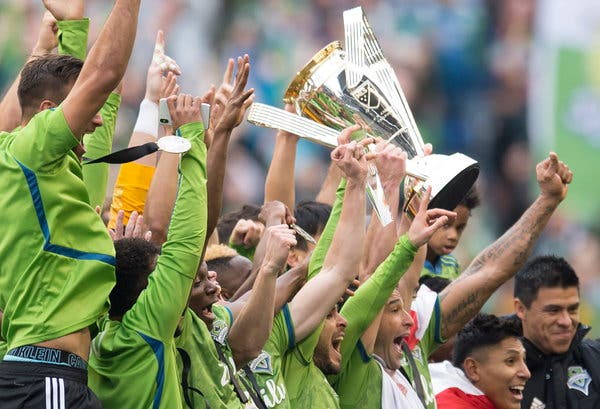 SEATTLE — For a decade, fans of the Seattle Sounders have turned out in record numbers to cheer their team.

They have come in the rain and in the wind, in the sunshine and in the cold, and they have roared as their beloved Sounders have won (often) and lost (less so). They have seen their team advance to the playoffs 11 years in a row, the longest active streak in Major League Soccer, and they even got to see them win a title in 2016.

But Sunday was different. On Sunday, the Sounders, who have been one of the most consistently successful franchises since joining the league, beat Toronto F.C., 3-1, at CenturyLink Field and finally got a chance to celebrate a title on their home turf, in front of their fans.